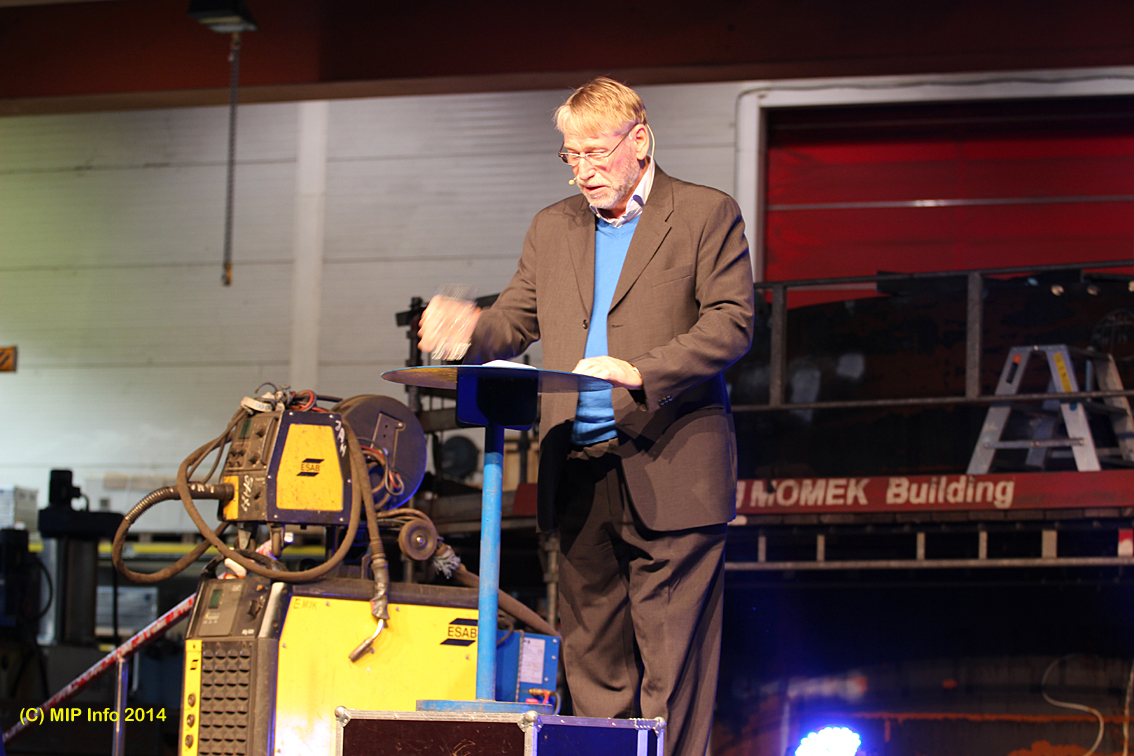 Picture: – Water is our most important nutrient. Water is extremely important to our welfare and economy, and much more important than oil, states Sverre Hanssen.

– The water industry is two and a half times bigger than the oil industry. Water is forever. We drink the same water that the dinosaurs drank.

These were the words of Sverre Hanssen, the international innovator and entrepreneur who grew up in Utskarpen, when he spoke to the meeting which took place in the hall beneath the Smelting Plant on 14 November.

Hanssen knew that just three per cent of the world’s water is freshwater, and just one per cent is surface water.

– Water is our most important nutrient. Water is extremely important to our welfare and economy, and much more important than oil, states Sverre Hanssen.

He is the chairman and largest shareholder in Enwa Water Treatment AS, a company which creates drinking water from saltwater.

– We remove viruses and bacteria. Even bathwater should look good. We remove legionella. Legionella is a bacterium present in water, and under specific temperatures and conditions legionella is very dangerous.

We also purify water in closed systems, such as district heating and central heating systems, says Hanssen, adding that they are also building water plants all over the country.

– We export to both onshore and offshore plants all over the world. Enwa operates in five countries, he says.

Enwa Water Treatment has a number of customers, including the      armed forces – particularly navies – in several countries. They are also partners of other of the biggest engine manufacturers in the world, for the purposes of purifying cooling water.

Intervest AS, which is a family-owned property and development company, owns 80 per cent of shares in Enwa Water Treatment AS. All of the company’s employees can also buy shares.

– I feel it is a major advantage for employees also to be co-owners, says Sverre Hanssen.

In his lecture, Sverre Hanssen also referred to Norwegian framework conditions for businesses. He has started 29 companies throughout his career, of which 26 were successful. He feels that greater and greater burdens have been placed on companies over the course of the last 30-40 years. He feels that this affects medium-sized companies in particular.

Entrepreneurs and businesses are treated as if they were in fairytales; if you can make it, then you’ll make it,” he says.

Sverre Hanssen also mentioned that Norway has the highest level of costs in the world, particularly for skilled workers and unskilled workers.

– Costs are not particularly high as far as engineers are concerned, and compared with managers the cost level is low, he says.

Sverre Hanssen is very concerned about Norway’s ability to create new jobs, which he feels is virtually absent nowadays. He refers to the fact that small and medium-sized enterprises account for 1.1 million employees, of a total number of 1.7 million.

– Authorities and politicians are demanding higher levels of expertise. This is not where the problem lies. People in Norway are clever and talented.

Unfortunately, it seems as though our politicians have no idea what a knowledge society and an industrial society require. In my opinion, we need far more profitable workplaces for people who prefer to work with their hands! says entrepreneur Sverre Hanssen.

He is also very concerned about the Norwegian property tax scheme, which currently involves a scheme for taxation of working capital for Norwegian owners.

– Foreign owners have an advantage here, and we have to eliminate it! They have a clear advantage when it comes to taking out loans and creating greater risk, says Hanssen.

He refers to the fact that 35 000 medium-sized enterprises are affected by this, and he feels that the media coverage of the matter since the presentation of the state budget last autumn has been very skewed.

– The debate did not relate to all those 35 000 companies affected, but to the few billionaires who will benefit from lower property tax.

At present, we pay 40 per cent of turnover in direct and indirect taxes. Investing in Norway is not attractive to Norwegians, but it is to foreigners, he says.

Finally, Sverre Hanssen presented a range of points which he feels are important for ensuring future welfare in Norway, before concluding with some advice for entrepreneurs.

* Save some of each pay packet. Do not spend everything you have. And the national economy is no different to private finances.

* Improvement of levels in schools.

* People should not be able to take a year off funded by the state.

* For people who are unemployed, there must be a system for giving them unemployment benefits.

* Make sure that crime does not pay.

* Make sure that people understand that things will not automatically get better year on year.

* Be sustainable as regards the environment. 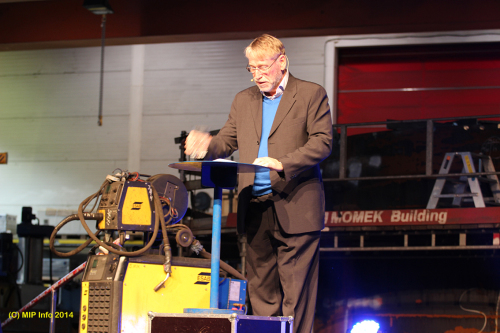 Picture: – Politicians also tell us we have to work smarter or become smarter. It seems as though our politicians have no idea what a knowledge society and an industrial society require, says Sverre Hanssen, an entrepreneur from Utskarpen in Rana who has enjoyed success with 26 of the 29 companies he has started.

* Consider carefully whether your idea could have market potential

* How much money will you need, and where will you get it from?

* As your company gradually grows and takes on staff, it is important to “make them good” (i.e. find the right staff when you are recruiting)

* Entrepreneurs take risks, but they have to assess risk against available funds

* Make sure you have a good relationship with your bank and source of finance (be open – that is by far the best approach!)

* Allow your staff to buy shares, but retain a majority shareholding yourself

* Put together a small but effective board, with people who have something to contribute to the company, and remember that when you are an entrepreneur, you have to give 110 per cent if you are to reach your targets

(There are just three people on the board at Enwa. Board members have to want to be board members, and they have to work together with you. And you have to pay them for doing this job.)