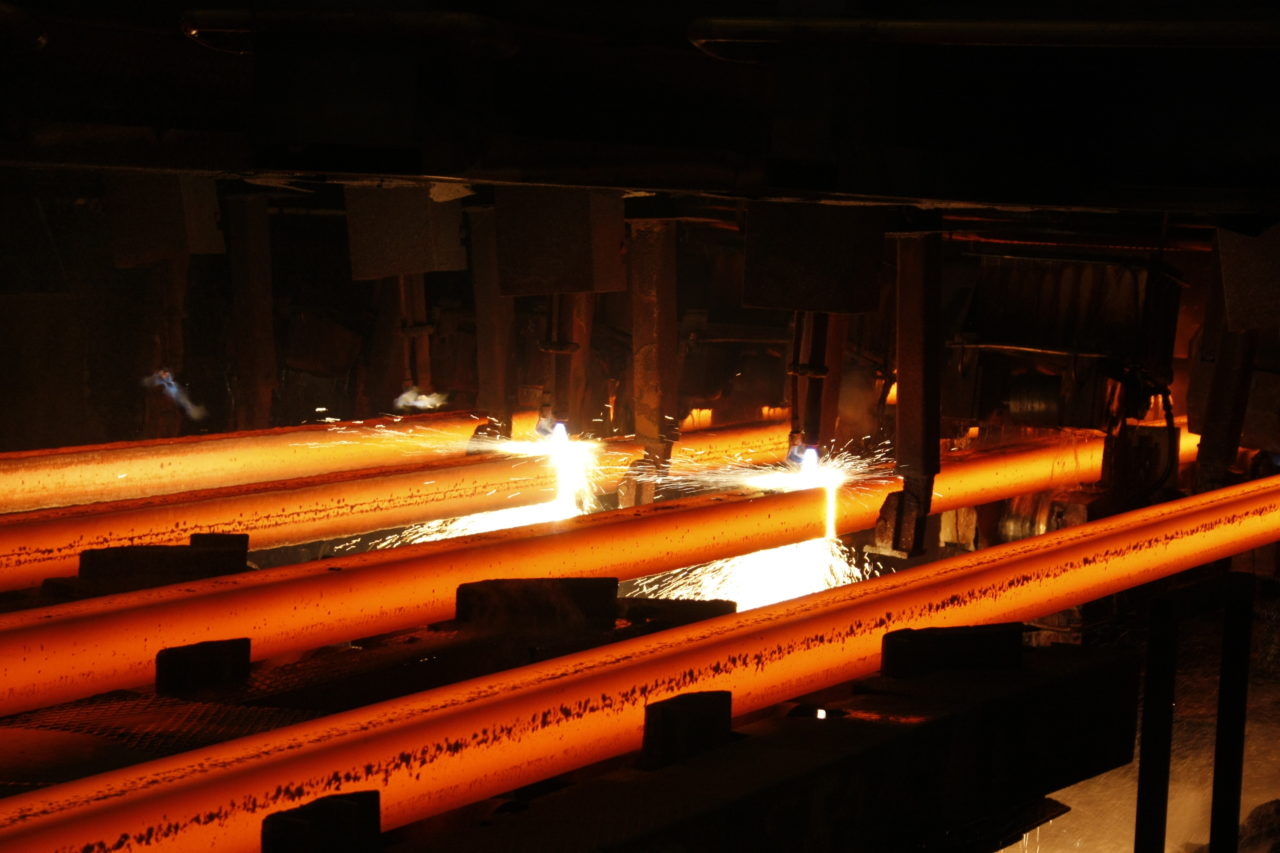 Celsa Armeringsstål AS is building a hot charging system for the rolling mill. This will result in considerable energy recovery, no less than 30 GWh a year. By way of comparison, this is more than the production of the Vika and Svabo power plants – the two mini power plants linked to the waterworks at Mo Industrial Park – combined.

“There are lots of advantages with this project. It is an energy recovery project. It will reduce costs. And it will have a direct impact on energy costs,” says project manager Kjell Arne Føinum at Celsa Armeringsstål AS.

Føinum explains that the plant will enhance competitiveness once it has been commissioned thanks to reduced energy consumption, as well as having a positive effect on the environment on account of reduced CO2 emissions.

“This project will give us greener steel, and our production process will be even kinder to the environment,” says Føinum.

Excavation for the new 1200 sq m building, which is being erected to the west of the rolling mill building, began in late November. The entire plant will be ready for operation before the summer.

“At present, steel emerges out of the continuous casting plant to the material hall at a temperature of around 350 degrees. When the new plant is operational, we can remove the billets earlier using a different method, which we call a Billet Picking Machine (BPM). This will allow the billets to be extracted at temperatures as high as 900 degrees,” says Kjell Arne Føinum.

The principle for operation at the continuous casting plant currently involves the newly cast metal, or billets, being laid out on the long roller table and then moved to the turning grate. This is done in order to get the right billets, which are important for further processing in the rolling mill. This line leads to a rapid temperature drop, down to 300 degrees, when the billets are move on the transfer grate.

The cranes at the continuous casting plant currently have magnetic yokes which can capture the billets at a maximum temperature of 600 degrees as steel loses its magnetism at higher temperatures.

The yokes on the new Billet Picking Machine will not be magnetic, which will allow them to move the billets at far higher temperatures.

The billets in the new line will be collected differently to the present solution, where five billets are laid one alongside one another on the rolling table and then pushed into a closed thermal box. When the thermal box contains up to 11 layers, this is slightly more than one charge. A tractor and trailer will then retrieve the thermal box and move it out of the continuous casting plant hall and to the new building near the rolling mill.

There will always be three of these thermal boxes in circulation, at both ends of the plant, so that production can be kept running.

The new building is being erected at the west end of the rolling mill, where the former administration building for Ruukki profiles used to be. The new building will include equipment for pushing billets out of the thermal boxes in batches of five.

There will be two alternative routes, the existing one and the new one, both in the continuous casting plant and at the intake to the rolling mill.

The route into the metal furnace for the rolling mill will be the same as the present one so that cold metals can be taken in from the warehouse. The other route will be the new one, which is currently being constructed.

“This is being done because intake flexibility will be needed. Among other things, we operate a three-shift system at the steelworks and a five-shift system at the rolling mill, so the production times at the two plants differ.  It will also be necessary to put some of the billets in interim storage for other reasons,” explains Føinum.

Completed before the summer

A “holding furnace” will also be established between the thermal box and the metal furnace. This will create flexibility in the system in case of a stoppage in production along the line.

This is a very complex project which has involved many staff from a number of departments in order to ensure its successful execution. The project team for this project was made up of Kjell Arne Føinum (project manager), Ketil Hauknes, Ulf Øvrevalle, Tim Bredesen, Vebjørn Hansen and others.

Føinum explains that the development of this project has been unique for Celsa Armeringsstål AS.

Celsa has been working in-house on various solutions for this since November 2013. Various alternatives have been examined and assessed, and potential suppliers have been assessed and analysed.

We were very pleased when our owner, Francesc Rubiralta, approved the project during his annual visit to Celsa Armeringsstål AS in September 2014,” says Føinum.

He explains that other steelworks are doing similar things to reduce heat loss between metal production and rolling, while also adding that most plants have different plant layouts, not two separate works with a relatively large distance between them, as is the case at Mo Industrial Park.

“This positioning was designed for a different time and a different production circuit to our current one, and now the works would have been built in line with one another. This meant that we had to consider solutions which were different to the ones implemented at other works. A number of different alternatives were assessed in the process, and in the end we came up with the solution which suits us best,” says Kjell Arne Føinum.

Celsa Armeringsstål AS is a significant recycling company in Scandinavia due to the fact that it recycles up to 800 000 tonnes of scrap a year. It is also a significant stakeholder in respect of energy recovery. They made a major alteration to the production plant at the steelworks in 2008, when the Consteel plant was commissioned. This led to a major reduction in energy consumption for Celsa Armeringsstål AS. The second-biggest project, which will result in a considerable reduction in energy consumption, is now taking place. This project has also received funding from Enova.

“We knew that we were losing a lot of energy in the continuous casting plant due to the turning cooling grate. The main purpose of the turning grate was to ensure that we had the right billets for the rolling mill. With this new concept, we reckon we will have the right billets,” concludes Kjell Arne Føinum, project manager at Celsa Armeringsstål AS.