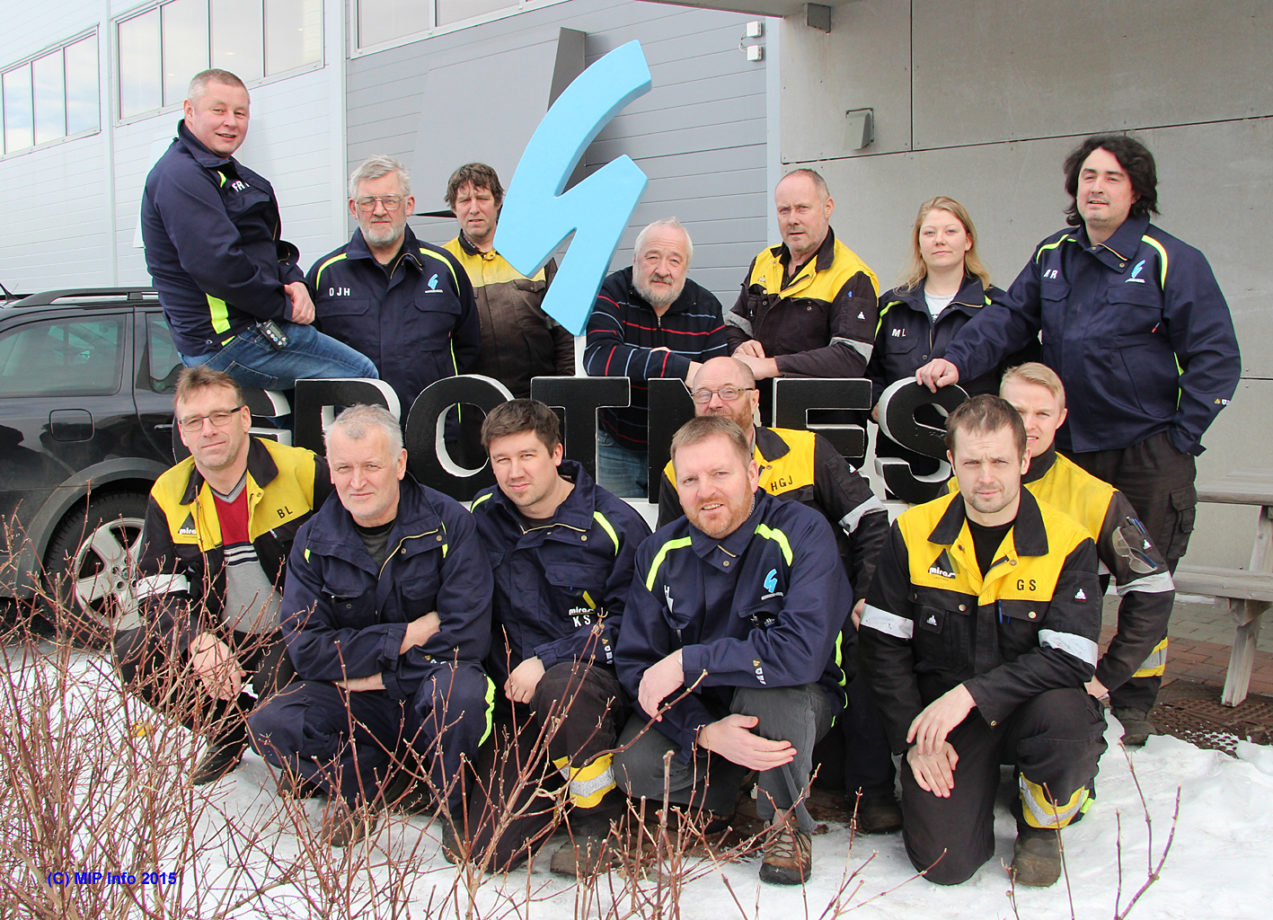 – The new name defines and pin-points what it is that we do and brings focus to the product; the steel and the cutting, as per our wish. We have brought back our old logo and changed our company name to better highlight our history and business area, explains Knut Hatlen, General Manager of Grotnes Steel AS.

The company has the same owners as before and remains a part of the Miras group. The latter currently consists of three companies: Miras Solutions AS and Grotnes Steel AS, both of which are based in Mo Industrial Estate, and Nomako AS, based in Western Norway.

– The company’s history is rather special, and we wish to highlight this. The logo is based on Rodin’s famous The Thinker. We like the sculpture, and everyone involved with our organisation identifies with the idea behind the logo. It seems only natural to us that we should return to our true focus, not least now that the oil and gas industry is marked by a great deal of uncertainty. We feel that it will be beneficial for us to further define our company profile so that there can be no doubt as to our role in the market, continues Hatlen.

The two other Miras companies have different production focuses and operate in other markets as a result. Grotnes Steel AS also has a very different strategy to the other two companies.

– Consequently, it felt natural to us to focus on our uniqueness, explains Hatlen.

The new logo will be gracing the company’s wall by spring. A project has been launched to identify the ideal location and the best materials.

– We have been in touch with Polarsirkelen upper secondary school to explore the possibility of this becoming a project for the pupils there. We feel that this might represent a good challenge for them, says Hatlen.

One of the company’s main advantages in the market is that it has been able to stay at the forefront of developments when it comes to the requirements imposed by customers and authorities.

– It is a challenging task, but exciting and rewarding at the same time, says Hatlen.

He believes that this is why the company is constantly developing and capable of taking on new challenges. The large order for clamp connectors for Angola that the company recently received was partly the result of its development work.

– We have formed a partnership with the Swedish company Scana Steel Components AB, which delivers forged steel. They have undergone a lengthy process to meet our extremely stringent requirements with regard to quality, and other specifications, and now supply all 670 tonnes of steel for the Angola order, says Hatlen.

Hatlen goes on to explain that they have visited Scana’s premises in Björneborg, near Lake Vänern, together with Aker Solutions which has lead to Scana winning further orders via Grotnes Steel.

– They have shown themselves to be very cooperative, flexible and supple, which has meant that they have been able to meet our requirements, continues Hatlen.

Scana’s plant has the dimensions required in order to be able to handle deliveries for Grotnes Steel. This means that they are capable of quick changes when this is required.

The German company Reiner Brach, which has been Grotnes Steel’s main supplier for many years, has witnessed this Scana collaboration come about. They have now visited Grotnes here in Mo to follow up on the customer relationship and find out what they need to do to meet the new requirements imposed by Grotnes’ customers.

– It is a distinct advantage for us to have two stable, skilled suppliers of Grotnes steel, says Hatlen.

Grotnes has had a partnership with Reiner Brach ever since slab production came to an end in Mo, following the change 25 years ago. Over the years Grotnes has bought more than 2,000 tonnes of steel from the company.

The steel used by Grotnes goes by the name Grotnes Steel on the industrial market. The specifications for this type of steel are exceptionally stringent. For example, the steel must meet the same strength and toughness requirements regardless of the direction in which it is being tested.

– We are well able to meet today’s strict toughness requirement which is set at -46 °C. We have had excellent test results all the way down to -60 °C, adds Hatlen.

He makes no attempt to hide the fact that this is a significant advantage for the company in the face of tough international competition. The company therefore hopes for further expansion of oil and gas fields to the north.

– Grotnes Steel is what the customers ask for, and everyone in our company identifies with this name. It is therefore only natural that this should be our company name, concludes Hatlen, General Manager of Grotnes Steel AS. 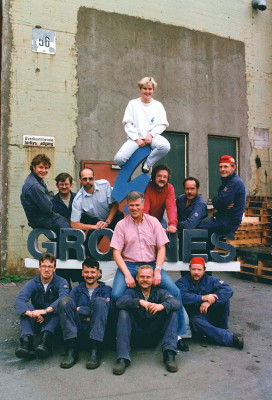 About Grotnes Steel AS:

Founded in 1968 under the name Grotnes Verksted. First premises at Selfors and with one employee initially.

After two-three years the company relocates to the Gruben industrial area.

1991: (1 April) The company acquires Fagermo Mek. Verksted and moves to the Mo Industrial Estate. On 1 July of the same year, the company changes ownership structure. Rana Invest AS owns 36 of shares, Norsk Byggstål AS 34 per cent and Multimaskin AS 30 per cent.

This ownership structure later changes and the company becomes one of several independent companies within the Miras group. In 2006 the company changes name to Miras Grotnes AS and Miras AS becomes the sole owner.

2008-2009: The company relocates to new premises at Rana Industriterminal.

The company was unaffected by the bankruptcies in the Miras group in 2012.

2015: The company changes name to Miras Grotnes AS.