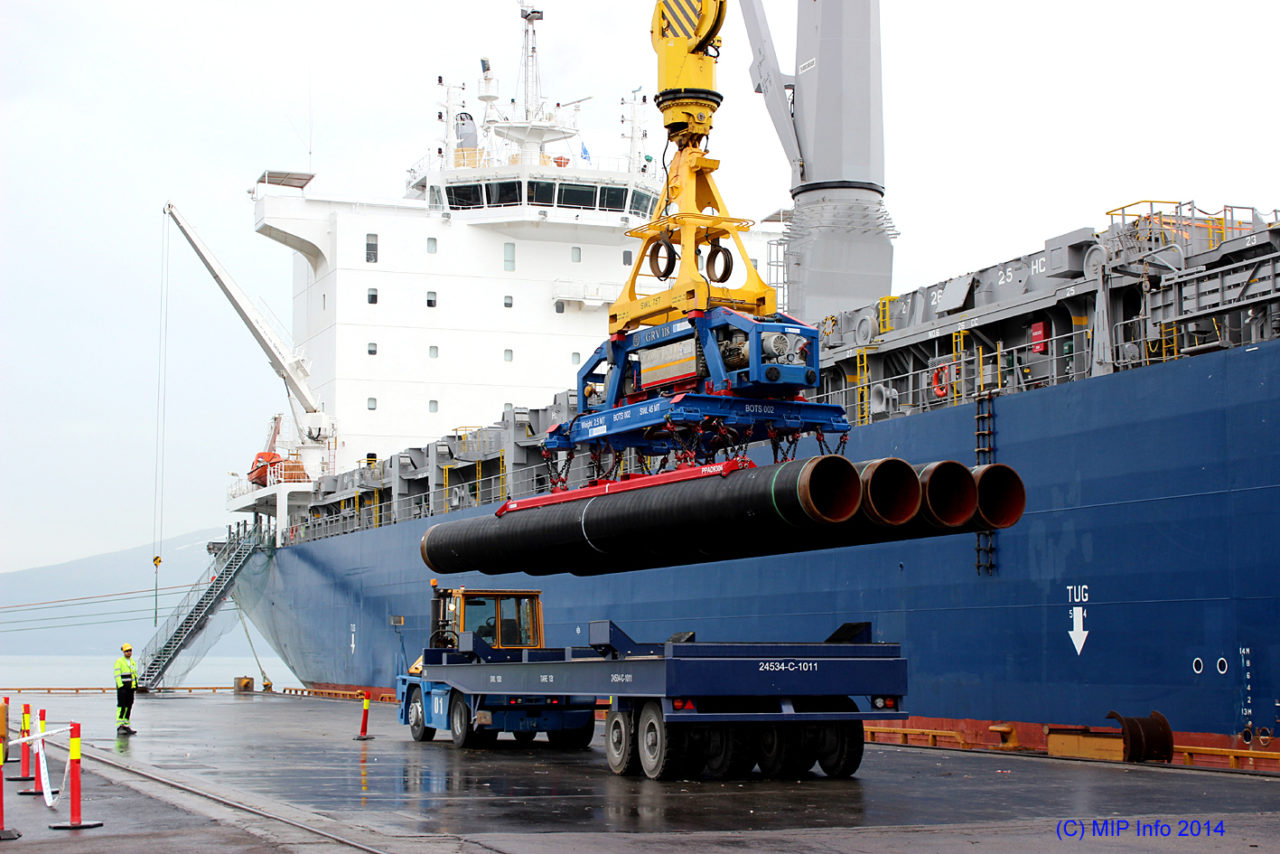 The hectic period involving shipping pipes and suction anchors from Rana Industriterminal is planned to commence in mid-June. First to leave will be the supply ships carrying pipes.

“When this will take place is dependent on how much progress has been made with the laying of pipes from the advance warehouse in Kristiansund. Initially, they are expecting to start unloading from RIT in mid-June,” says general manager Pål Høsøien at Rana Industriterminal AS (RIT AS).