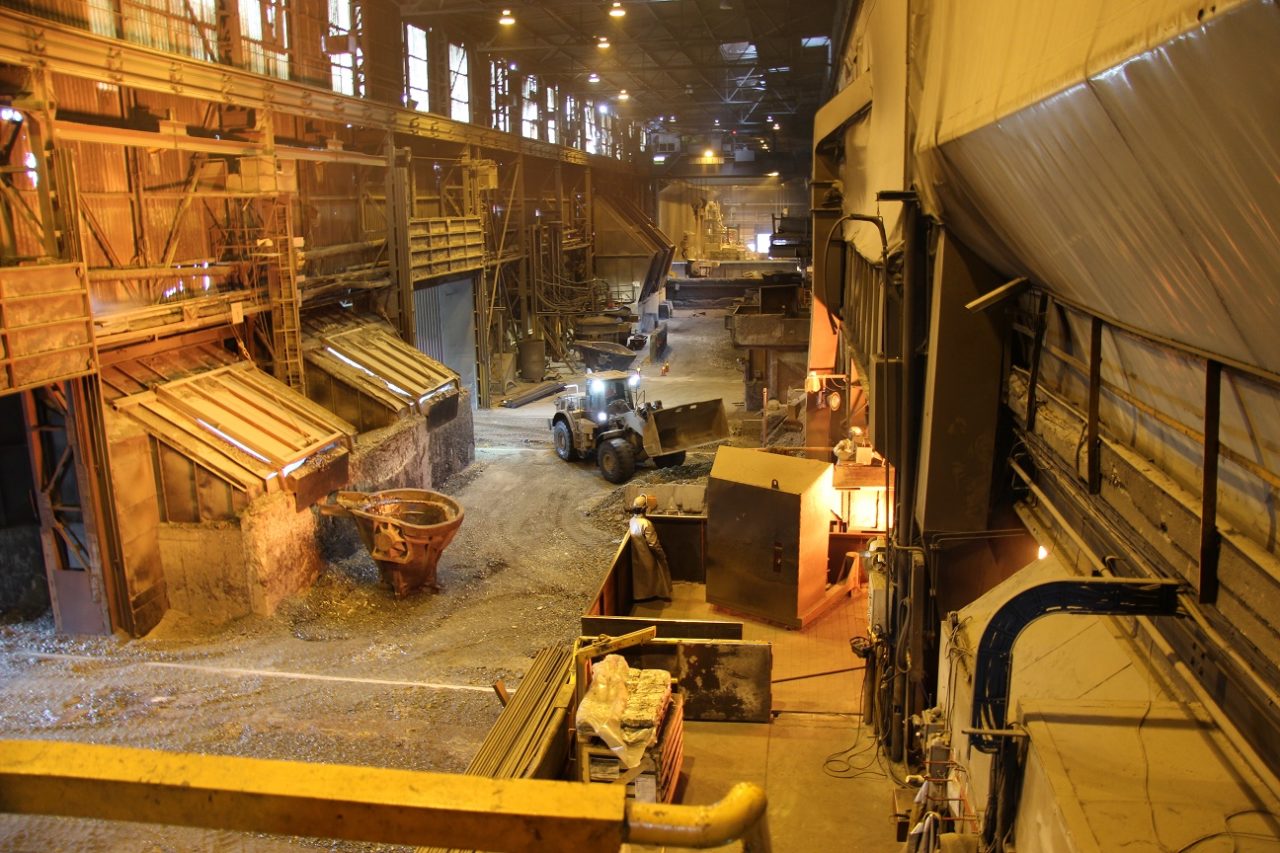 Furnace 1 is readied for tapping. This will be modernised and save more energy after the refurbishment. This will be taking place in the autumn of 2016, according to the plan.

Processing company Glencore Manganese Norway AS is to invest significant amounts of money in a major recycling project. The planning of a new, modern, more eco-friendly smelting furnace is in full swing.

There is a very simple reason as to why processing company Glencore has chosen to install a completely new furnace.

– We spent a long time discussing what we would do with the old furnace, which dated back to 1989. The time was right for some heavy maintenance, and since we had to invest several tens of millions anyway we came up with the idea of replacing the old furnace with a completely new one, with all the benefits that would entail. That would be better for us and better for the environment, says Ugedal.

He says he started working on the concept as soon as Glencore took over processing operations from Vale Manganese Norway AS in November 2012. Design work is currently in progress, and eventually the company will get in touch with suppliers.

“We are currently working out which suppliers we will be using, and we want to involve as many local companies as possible,” he says.

Dismantling the old furnace will begin in September next year and be completed by December.

“We will start off by taking out the old furnace, dismantling it and building a new one. It will only take three months to build a new furnace, but that will require some very intensive work.

The furnace will be the same as the second furnace, Furnace 2. We are planning to get by with just one spare parts warehouse as Furnaces 1 and 2 will be the same, and this will also be an advantage,” he emphasises.

“This sends out a really good signal for both Mo Industripark and Rana. Having this project approved and being granted funding for it shows that the Glencore group is very willing to invest,” says Bjørn Ugedal.

Enova has provided funding for the eco-friendly Glencore project.

“We have received funding commitments covering around 20 per cent of the investment, given the great reduction in energy consumption that we will achieve with the new furnace.

The new furnace will make it possible to increase the volume of combustible exhaust gas (CO), which can replace other types of fossil fuel among gas customers at MIP to a greater extent,” he says.

The refurbished furnace will be a state-of-the-art structure, with new technology and a new transformer. CEO Bjørn Ugedal of Glencore Manganese Norway AS reckons it’ll use 25-30 GWh less energy a year compared with the old furnace.