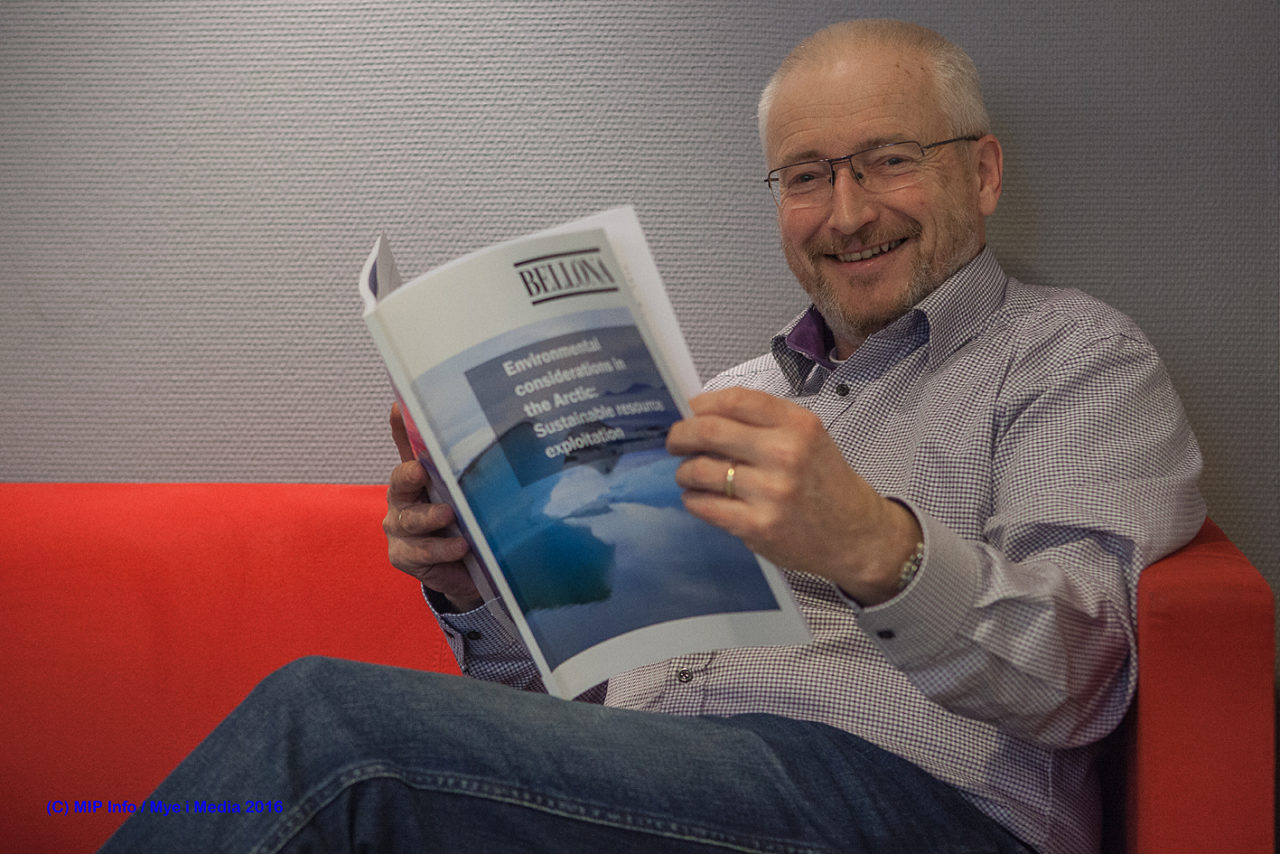 Jan Erik Svensson was formally appointed the Managing Director of Arctic Circle Data Centre. Now, he is working on commercial operations to start in 2017. Here, Svensson is reading Bellona's Arctic report establishing that there is a need for new data centres and that Mo Industripark is very suitable for such activities.

Aims to start operating the data centre in 2017

At the moment, Jan Erik Svensson is the only employee of Arctic Circle Data Center AS. Within six months, this will have changed.

On 1 January, Jan Erik Svensson was hired as the Managing Director of Arctic Circle Data Centre AS (ACDC) having formally had this role since the company was set up in 2014.

– So far, I am the first and only employee of the company, says Svensson, but adds that a great deal of work and effort is carried out by external providers and competences. Now, work is under-way making sure that the company starts operating commercially in 2017.

Many pieces have to fall into place before that can happen. As there are many actors and many regions looking at data centres, Svensson is playing coy.

One of the few things he can say is that working in a field where the changes are rapid and frequent, they have changed strategies along the way. The concept of a large data centre within Mo Industripark is not the only one, and work is being done on other possibilities which are just as interesting.

– We made a strategic choice about a year ago, and we are now working in somewhat different directions, says Jan Erik Svensson. It is too early to talk about what concepts, solutions and scope this is about outside the inner circle.

However, the ACDC manager is clear on one thing: Even is localisation in the Arctic region has many advantages such as the right climate and vicinity to sustainable power generation with surplus power – something which is highlighted in Bellona’s Arctic report – there are also many challenges.

– We must be on par technologically and offer competitive solutions. We have to strengthen our competence in this area. Here, we can co-operate with other actors in the Northern hemisphere as we face many of the same challenges. Close co-operation with other technology areas in Norway will also be necessary, says Svensson.

Fibre is a weak spot

One of the great challenges is that the fibre capacity is insufficient in Norway.

– Here, the politicians have focused on ensuring building based on the principle that all households should have broadband access. This has meant a fragmented roll-out with relatively good regional solutions for households but hardly any consistent paths of dark fibre across the country and abroad. The large international data centre actors often require three such paths, Svensson states.

– As it is today, over 95 percent of the Internet traffic from Norway goes via Sweden. We are also dependent on connections to the much better fibre network in Sweden, says Svensson.

Another solution is to put down international sea cables. Several possible solutions are worked on by Norwegian actors.

– We follow this development and keep up-to-date on what is going on. For us, having access to the best possible communication is crucial, says Jan Erik Svensson.