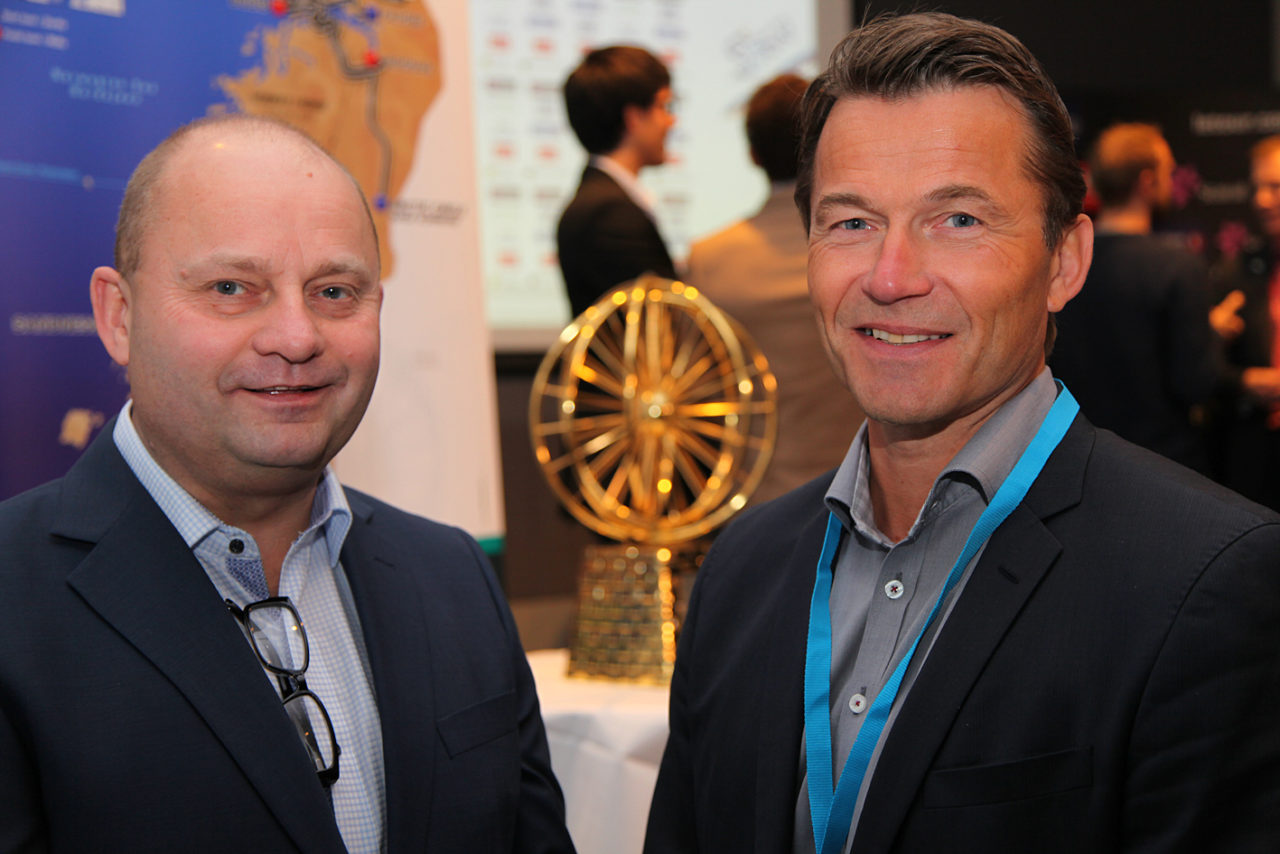 Arve Ulriksen and Jan I. Gabor at Mo Indsutripark AS says that Arctic Race of Norway will be a unique opportunity for highlighting industry and the Rana region.

– A unique opportunity to show our best side

When some of the best cyclists in the world are cycling in spectacular surroundings in Helgeland, there are many millions of TV viewers watching.

Arctic Race of Norway, taking place this year for the fourth time, will between 11 and 14 August gather some of the best cyclists in the world on the roads of Nordland and Helgeland. The race is the largest international cycling race in Norway and there will be many international TV teams making sure that millions of viewers across Europe can watch spectacular images of the region.

The massive coverage and interest is one of the reasons why Mo Industripark AS (MIP AS) is a sponsor for this year’s race. The company, which has an option on sponsoring also in 2017, was in fact the first sponsor from the private industry in the Nordland county of Arctic Race of Norway.

– We see this as a unique opportunity to promote industry in Helgeland, says Managing Director Arve Ulriksen of Mo Industripark AS.

By coming in as a sponsor, MIP AS wish to show the possibilities at Mo Industripark and in Helgeland and Rana municipality.

– Nordland is growing and we need to attract competence and labour. Mo in Rana is the third largest city in northern Norway and has a lot to offer across many industries. Arctic Race of Norway offers us a unique opportunity for profiling this great message, says Marketing Manager Jan I. Gabor who, along with Ulriksen, underlines that MIP AS’s ambition of being a world-class green industrial park will run like a red thread through everything they do as a sponsor for Arctic Race of Norway.

The Arctic Race of Norway is also very pleased with having Mo Industripark AS on board.

– We look forward to a great co-operation and will make sure that Helgeland is marketed well internationally, says the Managing Director Knut-Eirik Dybdahl as he presents MIP AS as a partner.

Arctic Race of Norway 20-16 will run over four stages. Two stages are entirely within Helgeland.