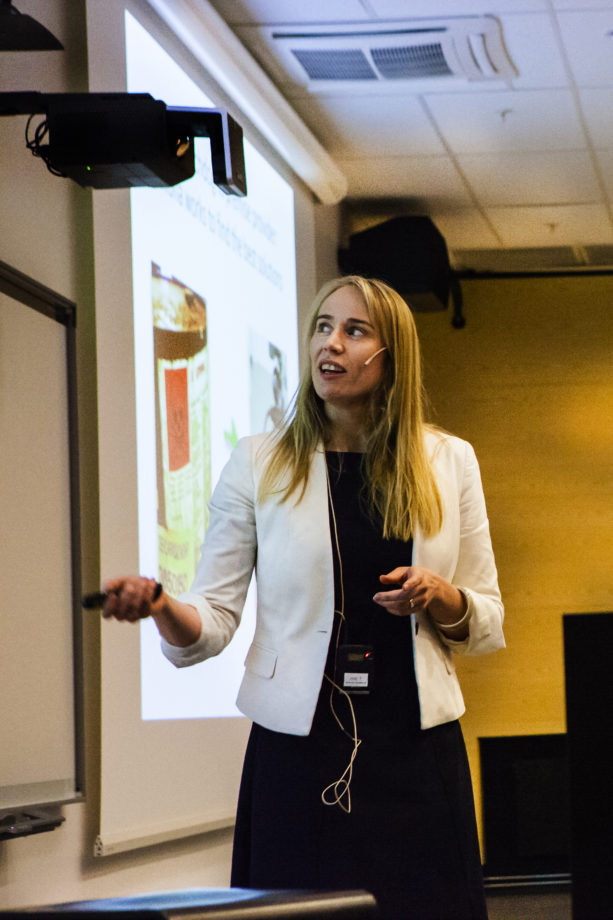 Runa Haug Khoury of Bellona urges the politicians of northern Norway to come on-board to ensure the establishment of data centres in northern Norway.

– Politicians and business have to work together

Bellona points to Mo Industripark and ACDC as the data centre project in northern Norway with the best prospects.

– To my mind, Mo Industripark has, with the ACDC project, the best basis in northern Norway for establishing a data centre. ACDC (Arctic Circle Data Center AS) are the furthest along with their plans and they have some considerable advantages because they have an established infrastructure and stable source of hydro power, says Runa Haug Khoury, Bellona’s senior adviser on energy and industry.

– Here, business, local authorities and central government must work together. Members of the Norwegian parliament representing northern Norway must take ownership of the local investment just as the “southern division” in the parliament are pushing Agder’s data centre at the moment, says Haug Khoury.

More emissions than from aviation

Just before Christmas, Bellona published a report dealing the sustainable business growth in the Arctic region. The report talks about the considerable need for data centres operating on sustainable energy. Mo Industripark AS and the ACDC project are discussed in detail here, its location in an industry park with an established infrastructure and a plentiful supply of hydro power which are highlighted and environmental benefits.

About to wake up

It is in this perspective that solutions are sought for running the data centres of the future in renewable, sustainable power. Apple, Google and Facebook have committed themselves to this goal. It is in this context that the Arctic areas are pointed at as sensible locations with a cool climate and access to sustainable power nearby. These were important factors when Facebook chose to base data centres in Luleå in Sweden and in Ireland, Microsoft in Finland and Apple in Denmark.

– Here, Norway was asleep, Runa Haug Khoury, senior adviser on energy and industry at Bellona, notes and points to the need for strengthening the infrastructure for fibre and adapt the legal framework so that the data centre industry can operate under the same conditions as other industry. Here, Sweden and Finland were proactive and therefore managed to attract giants such as Facebook and Microsoft.

– Luckily, Norway is about to wake up, says Haug Khoury and points to that reduced electricity charges for large data centres have bee introduced from 2106. That would mean that this country could be competitive on one very important investment factor: power. Work is also being done in improving the fibre infrastructure.