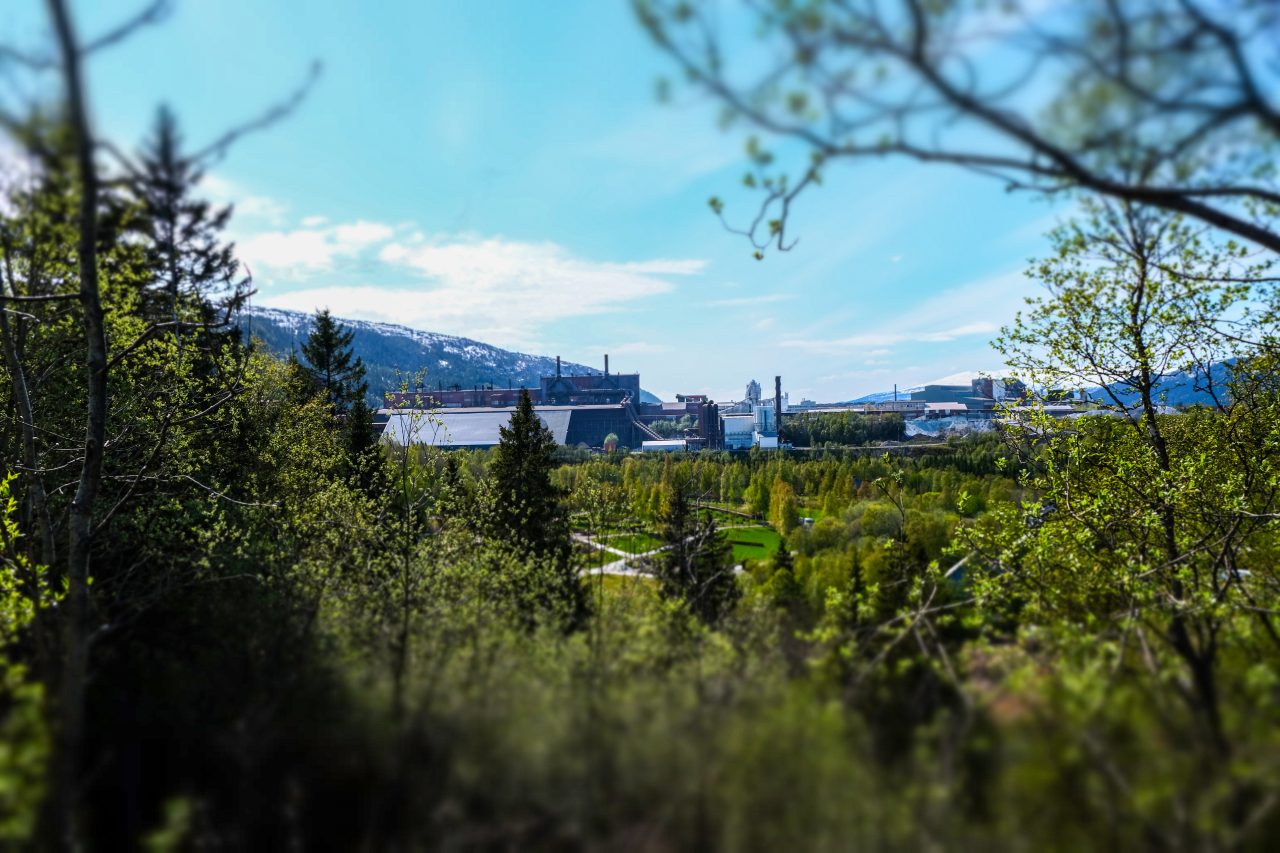 Elkem and Aker Carbon Capture will be testing one of the world’s first carbon capture pilots for emissions from smelting furnaces in process industries, and the very first in the production of ferrosilicon. The project received support this week from Gassnova and will be starting up at Elkem Rana and SMA Mineral in Mo Industrial Park.

Aker Carbon Capture will be delivering the test unit, which will be the only one of its type in Norway. The CO2 HUB North project is a co-operative endeavour between Mo Industripark AS, SINTEF, Elkem, Alcoa, Celsa, Ferroglobe, SMA Mineral, Norcem, Norfrakalk, Arctic Cluster Team and Aker Carbon Capture. In addition to Elkem Rana, emissions from SMA Mineral will gradually be included in the input to the purification system.

Carbon capture in processing industries is a necessary measure to meet our climate goals. Smelting works are responsible for a large part of all industrial emissions. Jan Gabor, Vice President Property Development at Mo Industripark AS, believes the potential for industrial carbon capture is high.

“It is necessary to reduce carbon emissions. In addition, CO2 HUB Nord will create new jobs and secure the competitiveness of the industry. This is completely in line with Mo Industripark’s sustainability strategy and will bring important core competences to the region,” says Gabor.

Climate Director Trond Sæterstad at Elkem is looking forward to having the mobile test unit installed at Elkem Rana’s smelting works in Mo i Rana.

“Elkem recently launched a global climate roadmap for reducing emissions towards net zero and increasing the deliveries of advanced materials for the green transition. Among other things, the roadmap focuses on reducing fossil CO2 emissions, and carbon capture systems comprise an important part of this work. We are proud to now have a new, large test project in place for carbon capture in Norway,” says Sæterstad.

The two earlier large test projects in Norway have been at Norcem in Brevik and Fortum Oslo Varme at Klemetsrud.

Aker Carbon Capture’s mobile test unit is a complete capture system that can be transported by road to locations around the entire world.

“Elkem and SMA Mineral are examples of a growing group of industrial actors looking at carbon capture in order to reduce emissions that cannot be replaced by renewable energy or energy rationalisation,” says Jon Christopher Knudsen, Commercial Director at Aker Carbon Capture.

“Aker Carbon Capture is already in the process of delivering the world’s first carbon capture system to the cement industry, and we look forward to beginning to test our internally developed capture technology on emissions from smelting furnaces in the process industry, together with partners at Elkem and SMA Mineral,” says Knudsen.

The other company that will be connecting its emissions to the purification system is SMA Mineral, a producer of lime and dolomite. They see substantial opportunities to strengthen their position by using carbon capture.

“We have been positive about this the entire way through, and it is quite exciting to be a part of this project right from the start. We have had a good working relationship,” says Johnny Vangen, Site Manager for SMA Mineral in Mo i Rana. “We believe the results and experience gained from the test system will also contribute to possibilities for reducing the climate footprint from the company’s other factories,” says Vangen.

SINTEF is playing a leading role in the project. Research Director Jack Ødegård points out that there are substantial possibilities for emissions associated with global metals production.

“In total, our partners in this project have identified 1.5 million tons of capturable CO2 from their activities in the region. This equates to three percent of Norway’s total emissions and represents nearly a third of the emissions from the metals industry,” concludes Ødegård.

Categorised in: On the front page