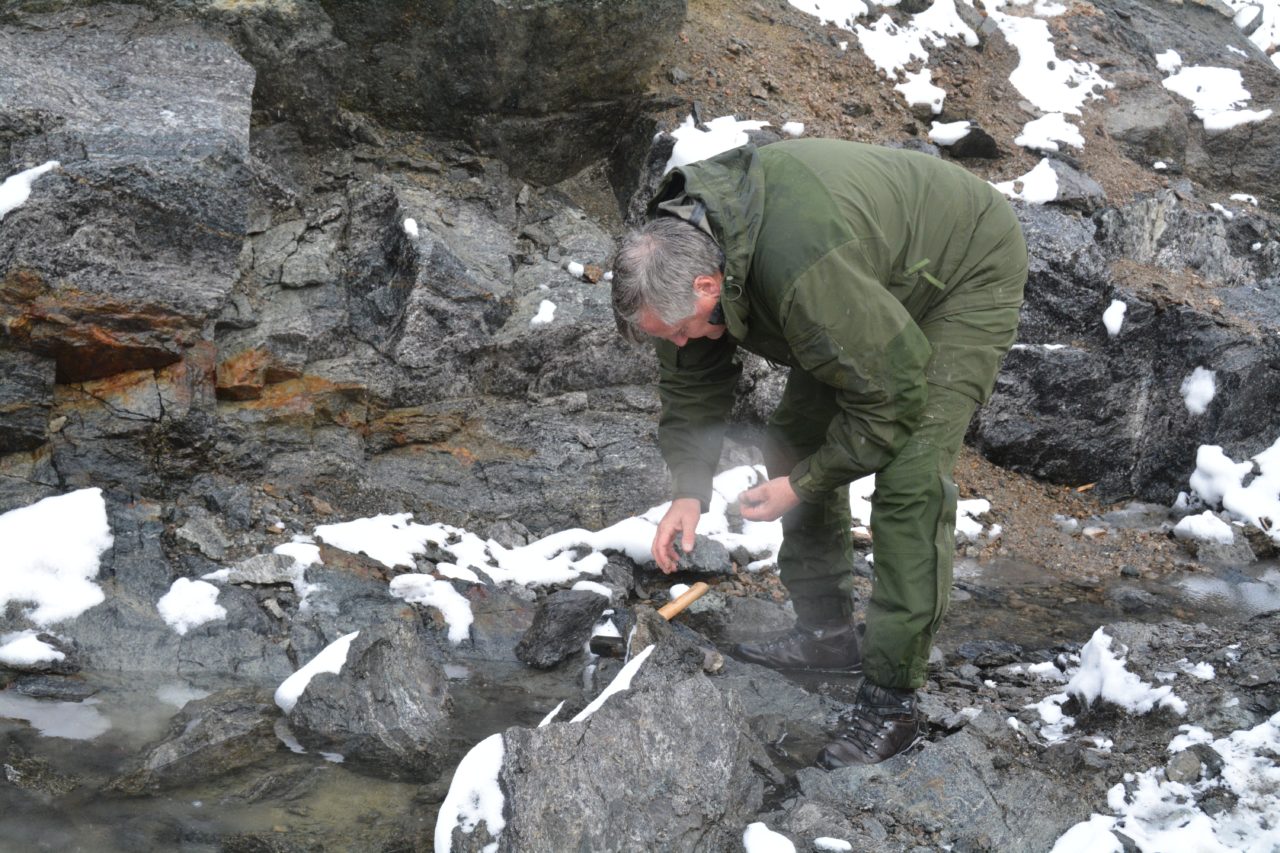 – This is a unique deposit of rubies and pink sapphires, and the world’s biggest, richest deposit in solid rock, as far as we know.

These are the words of Magnus Kibsgård, Head of Finance at Rana Gruber AS.

A Canadian company had the rights to the deposit in 2012, and all charting had been completed by this time. In 2012, they worked on planning and cost estimation for extension of the infrastructure on the island of Qeqertarsuatsiaat, south-west of Greenland. A town will be built up here, with streets, electricity, a water supply and sewerage, shops, schools, a port and production plant.

Leonhard Nilsen & Sønner AS (LNS) were assigned the commission following a round of tenders, and discussions began on the implementation of the project.

It has now been agreed that Rana Gruber AS and Leonhard Nilsen & Sønner AS will run the mine, and they have now also been included in the ownership of the project. The plant on Qeqertarsuatsiaat (which is its Inuit name – the Danes called it Fiskenæsset) is planned for a total of 80 people. A building will also be constructed for the processing plant in Nuuk, where ore dressing will take place.

Construction began in October 2014 and will be completed by July 2015. Production will then start immediately. In total, this project will result in 200 new jobs in Greenland and Norway.

– Our assets in the process are the skills we have gathered at Rana Gruber and LNS, says Magnus Kibsgård.

Magnus Kibsgård of Rana Gruber has been heavily involved in the project, and he has been over to Greenland four times a year since the completion of the tendering procedure. Another five or six people from Rana Gruber which skills in economics, finance, geology and operational planning will also be taking part. This number will probably increase when production commences.

The mine’s market will be the worldwide gem industry. They have planned for ten years of operation and mining of around 400 million carats of rubies of gemstone quality.

The mine on Qeqertarsuatsiaat will be a very eco-friendly mining project. The mine is under a small amount of water, and this has to be drained before mining commences. There are no fish in this water, and mining will have minimal environmental impact.

– The mine will be closed and the water returned when this orebody has been mined, so the mine will leave no mark on the land at all, says Kibsgård.

The climate in Greenland is harsh for production of this kind. However, it is no harsher than the climate people are used to from alpine operations in Northern Norway.

– We have top-level skills in an international market. We are very aware of how we can operate effectively under harsh winter conditions, emphasises Magnus Kibsgård.

He also adds that during the construction phase, they will also acquire good experience of the local conditions on Qeqertarsuatsiaat and Nuuk which they can utilise when production begins in August 2015.

– The Canadian company that devised the project reckoned they would have to prepare for eight months of operation a year, stopping for four months in winter. We want to find out whether operation all year round would be possible, he says.

There is global demand for the skills people have at Rana Gruber and LNS as regards operations in Arctic regions.

– We know we are competitive in the international market as both a contracting company and on account of our operations in Arctic regions. This is a competitive advantage which we want to make the most of in international competition in the future, and these skills are in demand. We find that when other stakeholders want something in this field, they consult us here at Rana Gruber and LNS because we already have these skills, says Kibsgård.

This will also be a focus area in future, and to be able to utilise the competitive advantage more effectively Magnus Kibsgård reckons they have to become better known in the international arena.

– This is a very exciting project! We are now in the middle of it, and there are plenty of challenges to face, concludes Magnus Kibsgård, Head of Finance at Rana Gruber AS.