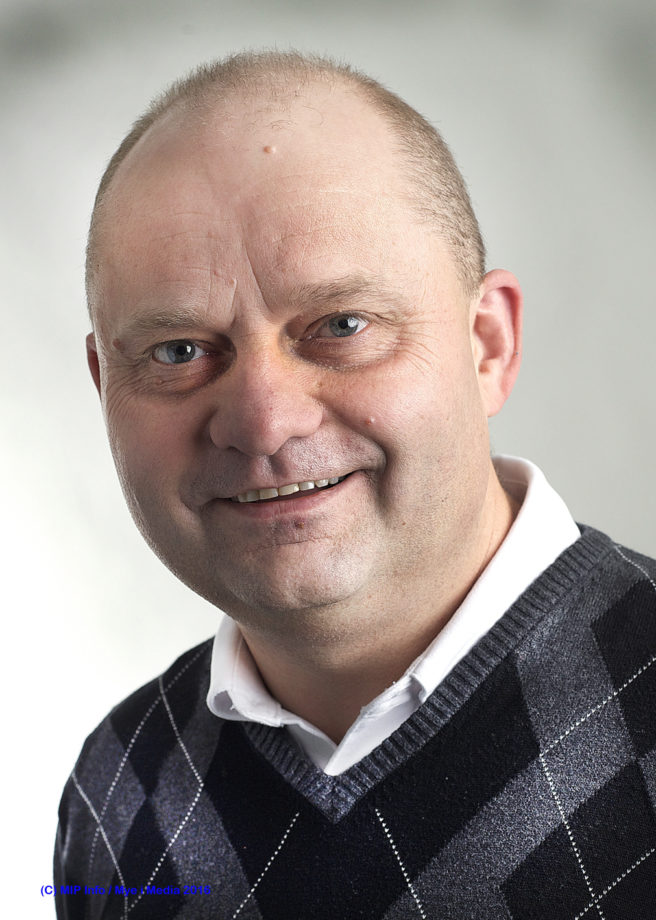 What is happening in the US and elsewhere in the world is affecting us who live in Nordland and Helgeland. Therefore, we must make sure that we position ourselves and can be heard, in order that we can influence and guide our own future.

Does it make any difference to us in Helgeland who is elected President of the United States, or who is elected in other countries that Norway has close ties with? Yes, of course it does.

I would like to draw some parallels between Norway and the US, and what we ought to keep in mind to ensure growth and development.

The US election shows that not everything is as it was before. We are seeing presidential candidates winning support by attacking “Washington”, the media and strong organisations. In other words, those who primarily want to tell citizens what is correct and what is best for them.

Based on the current nomination battle in the US, I would advise political leaders and the media who think that voters have gone crazy, to instead try and understand the important message that the voters are trying to convey to the US “Establishment”. Both in the US and in Europe, we are seeing increased contempt for politicians and disdain for financial bosses and others who have struck gold during turbulent times. Digitisation and technological development has led to greater disparity in society. For large groups

in society, the level of uncertainty as to what the future holds has increased.

Protect yourself to succeed?

Donald Trump wants to close borders. He also wants Europe and the East to take greater responsibility for their own security. He realises that Americans are fed up with Europeans leaving the US to take care of security needs during a time where Russia is gearing up, where terrorism is on the rise, and where the movement of refugees is at a historically high level in Europe. As the US alone is responsible for 75 percent of NATO’s costs, many Americans feel that enough is enough. They believe that the “old” politicians are failing the American middle class.

My worry and concern grows when it is reported that Trump and others, who are also in Europe, want to close trade borders and cancel existing trade agreements. The majority of us believe that the free flow of goods and services is a good thing, especially when you consider the benefits to Norway. There is nothing to suggest that the protectionist policy of shutting trade borders is a way to success. Few regions in Europe are more dependent on open trade borders than Helgeland. This is true whether we are talking about salmon, metals or tourism.

Everything as it was before?

Here in Helgeland, there is no guarantee that there will be interesting jobs waiting for young people in the region. It is particularly challenging for those who have not completed their education. It is our job as leaders to help create interesting opportunities for skilled workers and university graduates, which provide adequate salaries and make the region a desirable place to live.

As in the rest of Europe, there are many people in Norway who hope and believe that everything will return to how it was before. For many in Norway, the best situation possible is for oil prices to return to previous heights, so that the state’s and our own incomes can secure the current generation for years to come. I would like to warn political leaders and others who believe that everything can return to how it was before, especially when we consider the pace of digital and technological developement.

In the wake of the oil crisis experienced in Western Norway, there are many who hope and believe that the economic situation will right itself. If we are to single-mindedly follow such beliefs, then we risk doing a great injustice to today’s youth and future generations. They will risk struggling in the labour market. To ensure strong development, I think we simply need leaders who look ahead and who are willing to change, and who also have the ability to collaborate on good solutions.

Holistic perspectives for a common future

To create values that are sustainable, we need to find good and comprehensive solutions. With a rising population, the world needs economic growth. We need to use resources and we cannot avoid impacting the environment. But the growth and impact needs to be as sustainable as possible and we need to maximise our available resources. We need dialogue and a comprehensive approach from all parties in society. In Mo Industrial Park we have great respect for the knowledge that exists in the environmental organisations. We work closely with several of them. However, we still challenge them to take a more balanced and comprehensive approach in certain areas when it concerns utilising resources that the world needs, and that ‘the green shift’ needs. Here we are thinking specifically of the mineral industry. The world needs energy-intensive products, and in this area there is expected to be a 58% growth in demand for metals and minerals between now and 2030. A more comprehensive approach is required by all participants, including those involved with the environmental movement. They need to use their knowledge to create comprehensive approaches, not to simply follow principles.