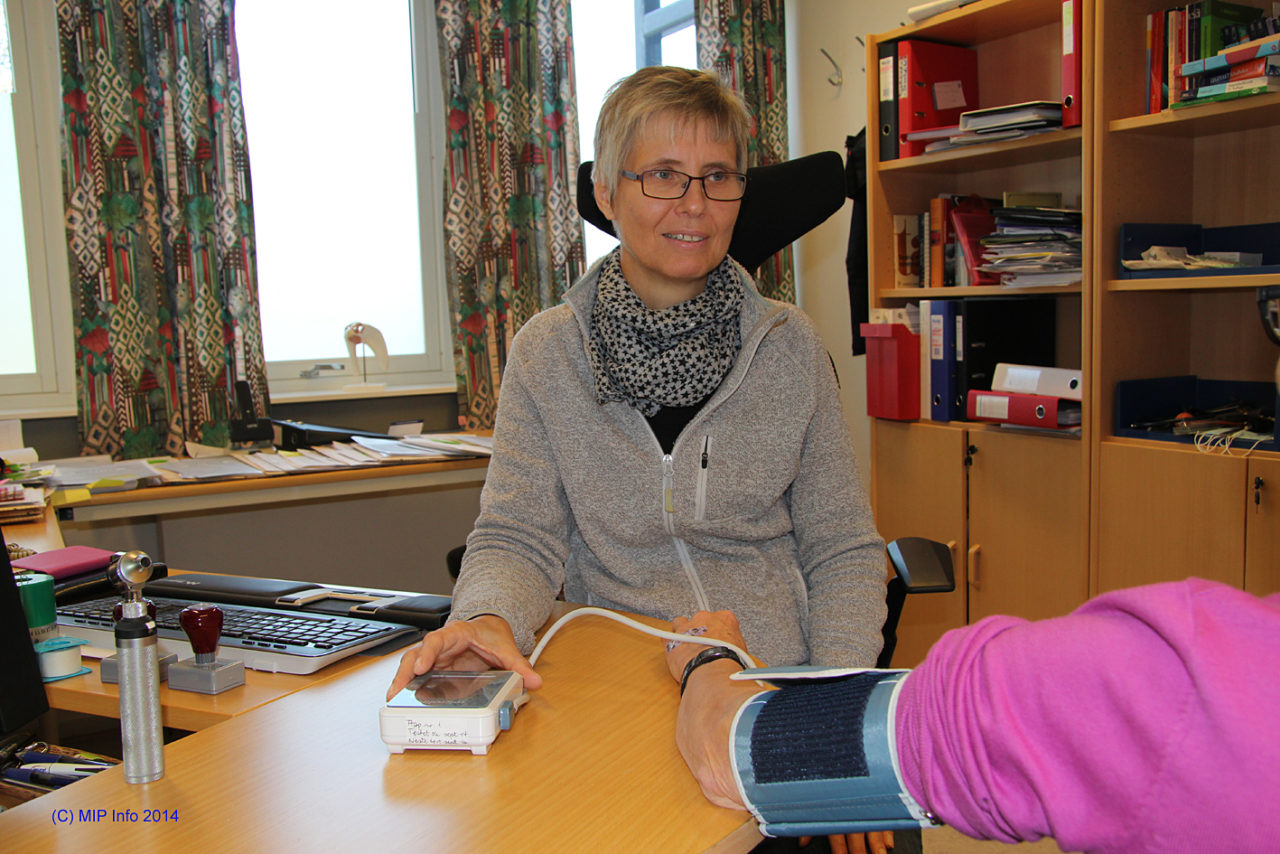 Both company doctors at Helse & Sikkerhet SA are now authorised to approve personnel for offshore deployment on both platforms and ships.

“As authorised doctors, we are included in lists posted online. This means that personnel who are to be deployed offshore can receive their approvals from us,” says company doctor Petra Reckert at Helse & Sikkerhet SA.

This used to be something which all doctors could do, but as of 1 January this year doctors have needed to be authorised to issue such certificates. When receiving authorisation, doctors are granted approval for a period of three years; and the two doctors received this approval last winter.

Now Helse & Sikkerhet SA (H&S) can accept all offshore operators from Helgeland who need such approval. A number of companies currently hire out staff for work on platforms, be it for one day or one week ahead, and they can then get in touch with H&S to get an agreement for such approval.

“Individuals have to attend our premises in person in order to get this approval,” explains Reckert.

For H&S, authorisation for offshore personnel is an element in a strategic initiative.

“We want to remain at this level for company medical services for customers in Helgeland,” she says.

Helse & Sikkerhet SA is a member of both Oil and Gas Cluster Helgeland and MIP Cluster, and as a result they help to complement the skills for enterprise clusters in Helgeland which are focused on the offshore industry. This also reinforces the other companies in the clusters.

H&S also carries out health approvals for the Norwegian National Rail Administration’s personnel; train drivers and other people who will be working on the railways, such as staff who will be shifting rails and sleepers in connection with operations at Rana Gruber AS, for instance.

Company doctor Petra Reckert explains that she is also authorised as a ship’s doctor, which means that she can issue seaman’s certificates for everyone employed on Norwegian ships.

H&S is aware that some of these jobs may come in at short notice. Both doctors at H&S hold offshore approval, so one of the doctors will always be on hand and have the opportunity to carry out such approvals during the day.

“Anyone going to work offshore, companies and staff alike, have to remember to renew their authorisations. These remain valid for just two years at a time. Without an approval, staff are not allowed to go out to the platform,” says Reckert.

She adds that they also carry out such approvals for companies which do not currently have permanent contracts with H&S.

“By all means get in touch to book an appointment for an approval, regardless of whether you need it for offshore work or for a seaman’s certificate,” concludes company doctor Petra Reckert of Helse & Sikkerhet SA.