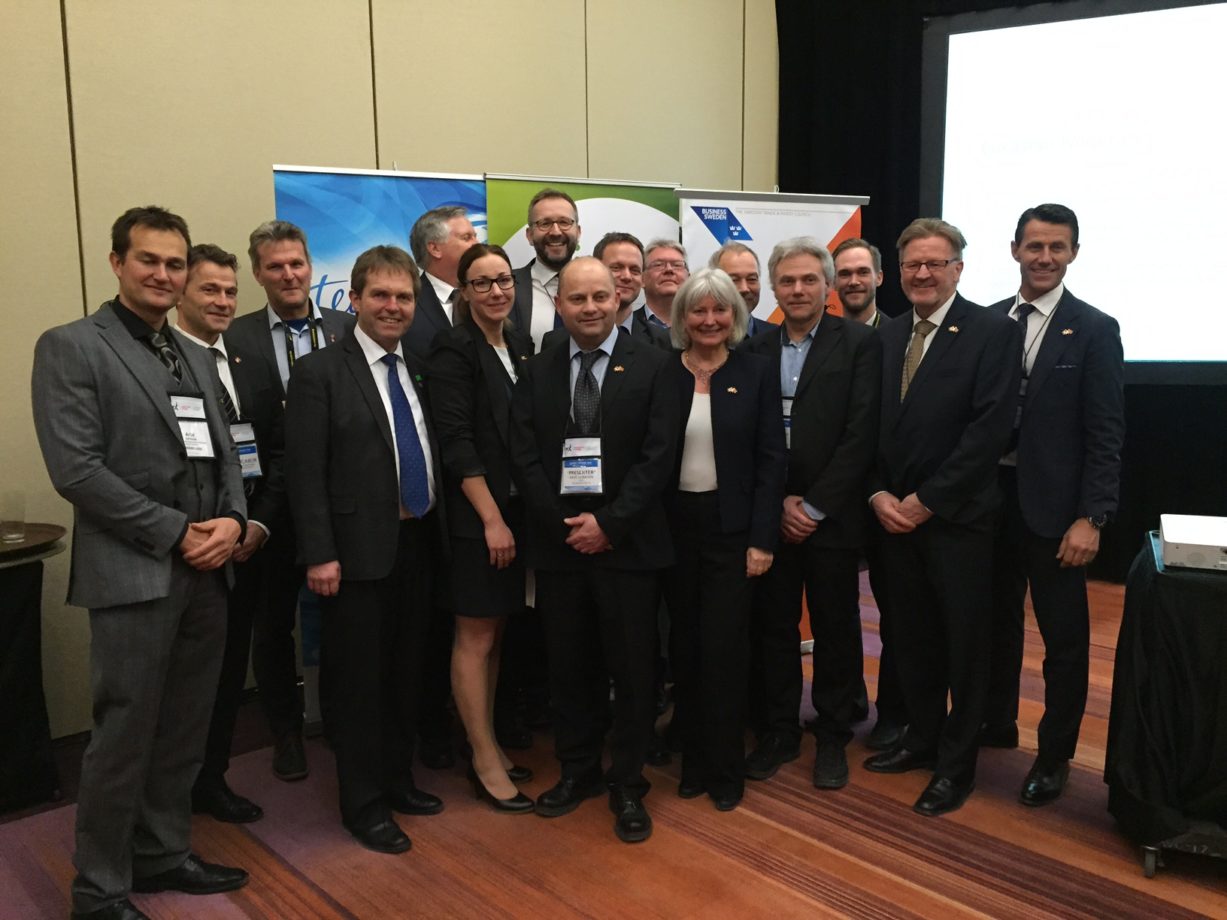 Rana makes its mark in Canada

The Canadian minerals convention PDAC is considered the largest of its kind in the world, attracting some 30,000 participants from 125 countries each year. Several businesses from Northern Norway participated this year, including Mo Industripark AS and Rana Gruber AS.

PDAC organised an extensive conference programme which took place between 1 and 4 March this year. PDAC stands for the Prospectors & Developers Association of Canada. The convention brought together 1,000 exhibitors from all over the world.

“We were there to gain exposure, for instance by giving a presentation and networking with other businesses that may be looking to establish themselves in the Mo Industrial Estate,” says Jan Gabor.

Countries from the Nordic region and the rest of Europe participated in a seminar event called Nordic Mining Day; a collaboration between the Geological Survey of Norway, the Geological Survey of Sweden, GDK, Invest In Finland, Business Sweden, Normin and Innovation Norway. The seminar target group consisted of mining companies, equipment manufacturers, investors and other industry stakeholders. The aim was to attract 100-150 international participants.

This year six participants held a 15-minute presentation each. One of them was Arve Ulriksen from Mo Industripark AS (MIP AS), who has a major network of contacts in Norwegian industry.

“Mo Industripark AS works to promote new business with a focus on the future’s industry. We were more than happy to make a contribution to Nordic Mining Day with a focus on the environment and recycling, renewable energy and landfill disposal against the background of Mo Industrial Estate’s advantages in these fields,” explains Ulriksen.

It was Innovation Norway Toronto that developed a visits programme for PDAC 2015 where MIP AS and Rana Gruber AS were among those invited. Innovation Norway is the government’s and the county councils’ tool for value-creating business development on a national level. Its aim is to create more entrepreneurs, more growth businesses and more innovative business environments in Norway. With customer-oriented offices in all the country’s counties, as well as in 35 countries world-wide, Innovation Norway’s vision is to give local ideas global potential.